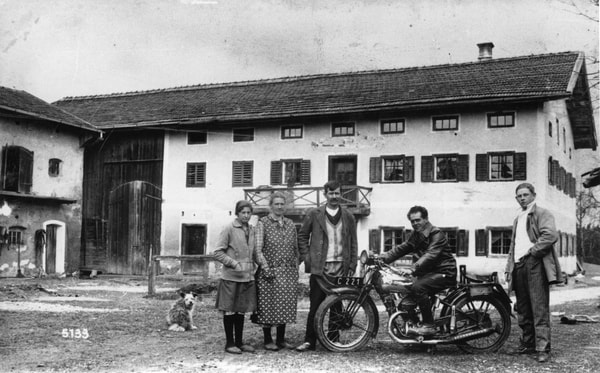 Due to the Corona-related restrictions, this year's Jagerstatter memorial in St. Radegund only took place for one day. The memorial service with Bishop Manfred Scheuer was celebrated outdoors.

Bishop Scheuer emphasized in his sermon that Franz Jagerstatter had preserved his inner freedom even in external captivity and clearly testified to his faith to the end.

In his sermon, Bishop Scheuer emphasized that Franz Jagerstatter had preserved inner freedom during the dictatorship and in prison. For Franz Jagerstatter, external imprisonment was a place of internal freedom and peace. "As long as you can have a clear conscience that you are not a serious criminal, you can also live in peace in prison”, Scheuer quoted the blessed as saying.

Franz Jagerstatter did not think too big of the power of the Nazis and not too small of God's possibilities with him, said Scheuer. The bishop literally: “He lived the truth in a world of lies, love in a world of contempt, he loved life in a world of the “death's head”. And he was a believer in a world of blindness and delusion.

Scheuer literally: “Franz Jagerstatter lived and built the church. He understood his life and death 'for others'. And so his death is a seed for faith today. "

Hike to the chapels in St. Radegund

In the afternoon there was a hike organized by Pax Christi and the parish to the votive crosses and chapels of St. Radegund. Places where Franz Jagerstatter might have taken off his hat on the way to the church to say a short prayer or later in the time of his decision maybe prayed from his deepest soul. At each station, Monika Auer from St. Radegund explained the history of the origins of the monuments. Elisabeth Jungmeier from Pax Christi presented the life testimony of another Nazi martyr from the region, father Matthias Spanlang from St. Martin parish, who was brutally murdered by the Nazis in 1940 in Buchenwald concentration camp. The path ended at the grave of Franz and Franziska Jagerstatter. The end of the commemoration was the devotion to the hour of Franz Jagerstatter's death at 4 p.m.